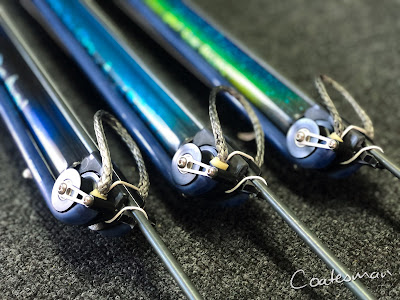 The CSR🎯 has been specifically designed to be as compact and low profile as possible, using 14mm bands and 7mm shaft. Careful attention has been made to where the bands lie along the barrel. Reducing the overall profile of the gun. This makes the CSR🎯 roller on a Rob Allen carbon Barrel and Vecta2 handle the ultimate (Euro style pipe) single roller on the market. 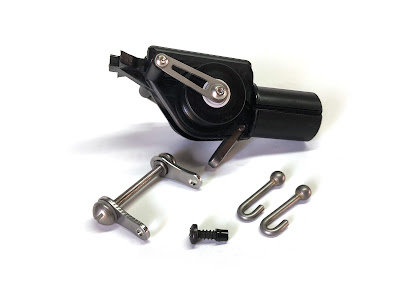 Almost a decade of roller gun muzzle design and experimentation has gone into making the CSR the most high performance single roller muzzle available. Without compromising on the same proven  construction and robust materials used in the CDR3🎯 series. 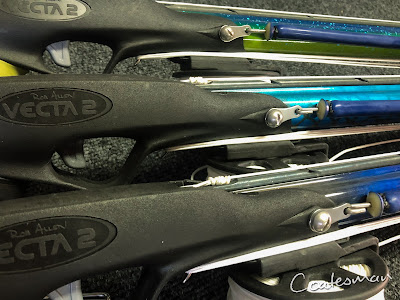 The CSR🎯 comes with the 'Easy Load Pretension Hooks' system. Eliminating any potential snags common on the old mushroom anchor points. This also makes attaching and detaching the rubbers quick and easy.

Spearfishing Giant Marlin on a Reelguns

What are your thoughts on targeting extra large fish with reelguns?

Over the past few years a number of XL Marlin have been landed on spearguns using reels. I personally was lucky enough to have shot and landed a Black Marlin of 230kg using a 130 Rob Allen reelgun. I had a perfect opportunity, and landed a kill shot stoning the large fish. But it has always intrigued me as to what would have happened if I did not stone the Marlin with a lethal shot.

230kg Black Marlin
Over the past few years a number of XL Marlin have been shot and landed with reelguns. Many of them were also killed on the first shot. The most notorious is Albert Prinsloo's 374.8 kg / 826.3 lbs IUSA World Record Black Marlin.
Albert Prinsloo's 374.8 kg / 826.3 lbs
IUSA World Record Black Marlin.
But what happens when you don't kill the giant fish on the first shot?
Guy Le Meme's 253kg beast Black Marlin shot with a std Rob Allen 120 reelgun, was one of those fish that put up a fight. Taking 2 hours and multiple shots to subdue the fish.
Guy Le Meme's 253kg Black Marlin
Shooting giant fish like these on reelguns normally means that you run out of the spearguns reel line pretty fast and you need to have a beltreel or access to a float and buoy line to land the fish.
Probably the best blow for blow example of this is the Black Marlin Cris Dillon shot in Mozambique.
The marlin quickly emptied the gun reel and Cris's belt reel. Fortunately his friend Jamie was there to clip his belt reel to the spooling line. This gave them enough time to get a large float attached to Jamies line.
From there the fish towed them 5km before they could get the fish close enough to get a second kill shot to kill the fish.

Watch the a blow by blow video here: Spearfishing Marlin on a Reel Gun

So would you take the shot if you only had a reel gun in your hands when a giant fish swims up to you? I think if you are prepared with beltreels and a float ready to clip on then, yes.
Maybe one day I will have another opportunity to shoot a giant fish like this, and have adrenaline rush of battling the fish with out killing it outright.

Spear Junkies is a spearfishing journey that follows host Cris Dillon traveling the world on a year long adventure chasing 12 dream fish. Join Cris and his guest divers as they travel to some of the world's most spectacular spearfishing destinations in search of 12 specific fish. 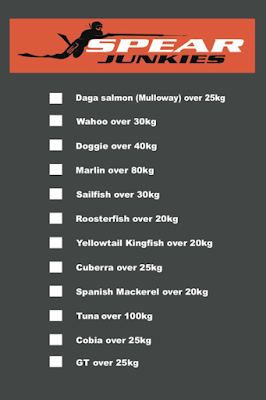 12 Spear Junkie fish and weights to 'Tick' off. 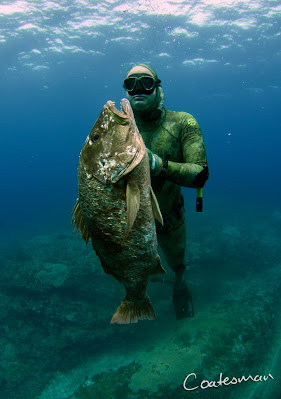 Some fish speared were not on the list like this very special 10.5kg Rock Salmon near Maputo.
0.5kg over the current IUSA World Record. 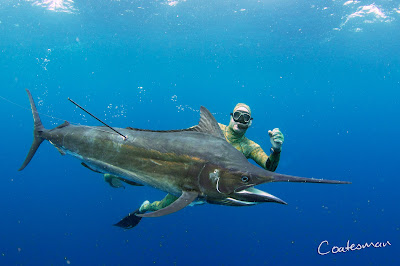 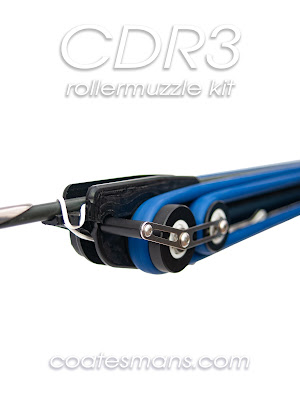 The NEW Coatesman CDR3 is specifically designed to fit on 26.5mm ID Rob Allen carbon speargun barrels. The double roller speargun muzzle enables the spearfisherman to easily load the twin 14mm bands, which deliver way more power than if you were loading a single 16mm or even 18mm band. The double bands produce a very smooth accurate shot with virtually no recoil.

The CDR is the original offset double roller, with the unique roller setup that enables the rubbers to align correctly. The design has evolved over the past 5 years making it the most technically advanced double roller on the market. 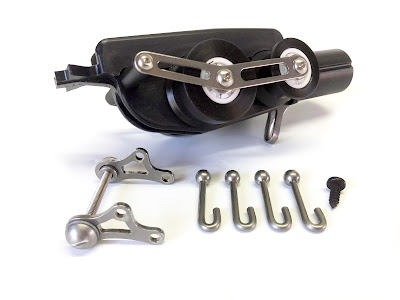 Coatesman’s tried & tested double roller speargun muzzle is used by some of the best spearfisherman in the world. Taking down some incredible catches The CDR3 is the premium option for upgrading your Rob Allen Speargun.