After a fairly uneventful October, November is starting off with a bang!

News is filtering through of some guys getting some amazing fish at Sordwana. They saw 2 Marline and managed to get one of them. Craig Harper shot 2 Sailfish over 2 days, both well in the 30's. Greg Audi got a bus cuta , apparently in very deep water on a reel gun ... that must have been interesting! Did I mention the Marlin was shot on a reel gun aswell!!
Well that's enough to get my gear packed!!

This past weekend at home the snoek came on between Westbrook and Umhloti and the few guys who were the scored big time! And Along the north coast the return Garrick are starting to come through and the guys who have braved the conditions have either seen or got fish.


On a different note Barret Harvey has finished his next in the African Spearfishing Diaries, and will be showing the DVD at the following venues: 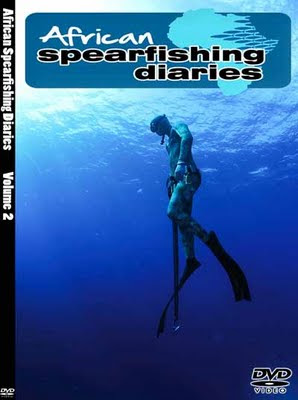 I have seen the film and Barret has some footage that will make you tingle this is one you will have to get for the collection.

Today Ultimate Spearfishing Magazine also sent out their Monthly Spearfishing Newsletter. There is a comp running to promote the forum and you can win a new Rabitech Sealth Pro speargun, and the guys have hit the forum with force!! It has been good to see the how the guys get to it with a little bit of motivation. Check the Newsletter

Other than that ...see you at Salties Club Nite on friday