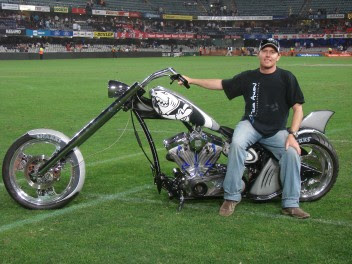 I have always had a bit of a fascination for customised bikes, don't know if I will ever have the spare cash lying around to throw at one. But I will certainly agree that they are cool. The Sharks Chopper has a 1600cc, 100 and some more horse power and back tire wider than most pimped out 4x4's. It also sounds cool. 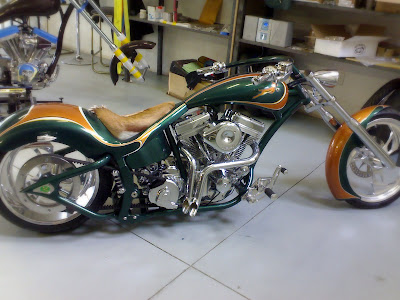 The Springbok Chopper
East Coast Choppers were also recently commissioned to build the Bok Bike, its one hellova bike and I am sure it will find it way onto the screens during the World Cup Rugby.

So if Harley's and custom Choppers are your thing or you just think they are cool go and check their web site ... East Coast Choppers

Hey Chris are you having a cr@p on the chopper's seat? or have you just pushed a chopper?